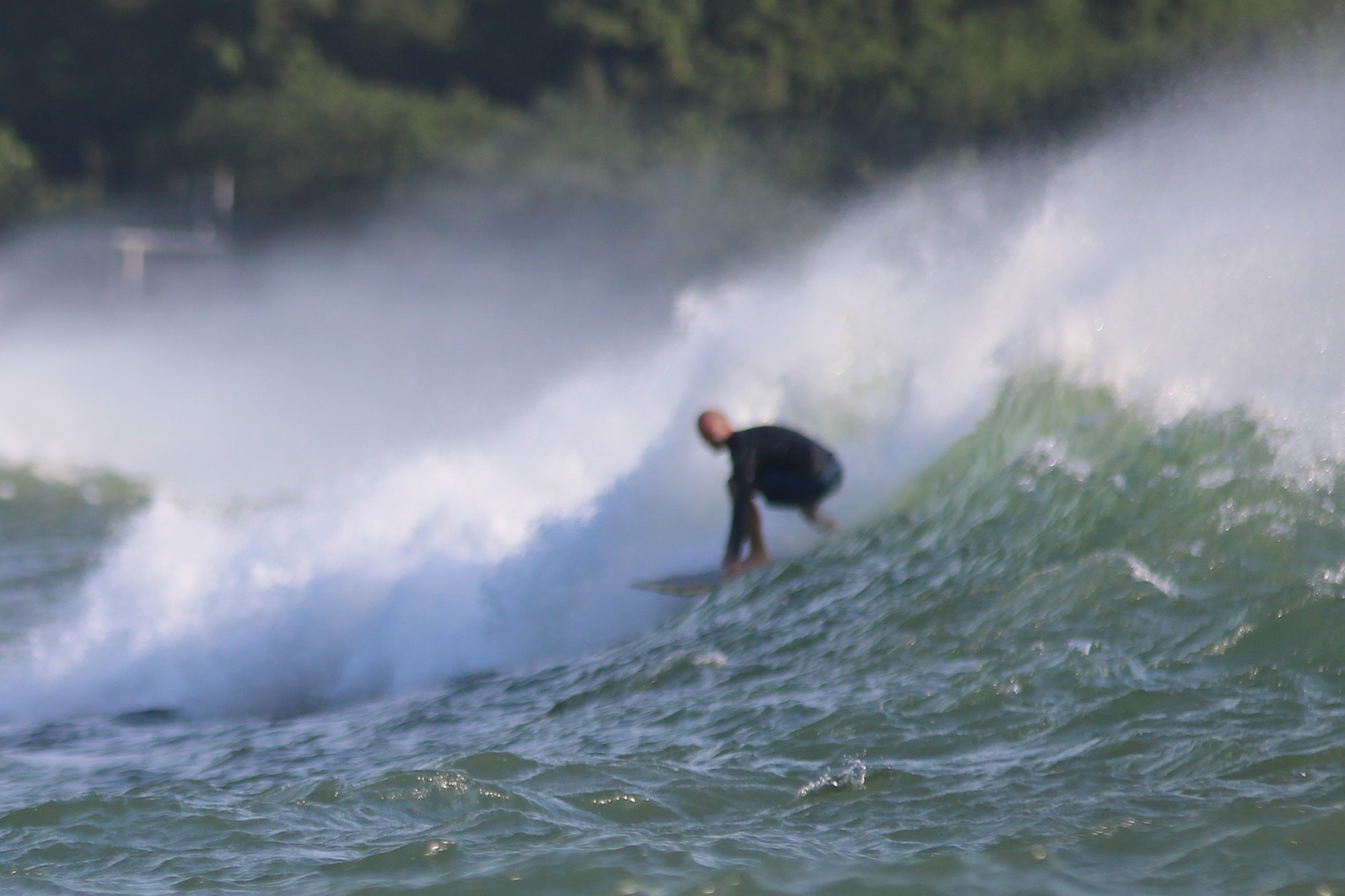 An 💎 Ethereum protocol for generating 📮 recurring income with subscriptions and memberships

Drips is a new Ethereum protocol and social network that allows anyone to generate continuous income, without relying on bank accounts or extracting platforms.

At its lowest level, Drips allows any Ethereum user to stream funds periodically to any other Ethereum user, while also enabling collecting from multiple streams with just a single transaction.

In addition, within Drips, creators & developers can also issue and sell NFT memberships, potentially giving fans unique benefits in exchange for recurring financial support. Using the permissionless financial infrastructure of Ethereum, Drips memberships are represented by Non-Fungible Tokens (NFTs). These memberships are available to anyone and can enable benefits across any application on the web that supports Ethereum (Discord, Telegram, Reddit, Snapshot, Radicle Upstream & many more).

Fans can support and engage with their favorite creators and communities by purchasing memberships and/or by “dripping” funds to any address in the network in recurring configurable intervals.

Finally, Drips puts redistribution at the center, allowing any Ethereum address to spread the love every time they get paid by specifying a percentage of their incoming funds to be automatically Dripped to other users. The recipient could be a charity, a software dependency, or another collective or creator that makes their work possible. We believe that splitting funds through Drips has the potential to become a new cultural norm and building block for a sustainable creative economy.

While most payments within crypto networks today are one-time payments, an increasing number of use cases require a recurring approach. For instance, many DAOs currently make monthly payments to regular contributors or for recurring infrastructure expenses through cumbersome and repetitive grant processes that are clearly not designed for periodic payments.

Similarly, to take the perspective of developers and digital artists working in FOSS and crypto, most would prefer to receive stable, predictable income over the endless hustle of grant applications and NFT drops. Meanwhile, in the institutional world, many treasuries and DeFi protocols face technical challenges around trying to send recurring payments using tools that were designed for one-off transactions.

At its most basic level, Drips is a foundational protocol that makes it easy for any user with an Ethereum address to send recurring payments to any other user. Setting up a recurring DAI payment to any Ethereum address or ENS name is straightforward and simple.

To set up a Drip, first the sender adds funds (in DAI) from their own account into the DripsHub smart contract. Funds locked in DripsHub act as the user’s balance for making payments, and can always be withdrawn up until the point when they are spent.

Once the sender has some funds in DripsHub, they can create a recurring payment – a “Drip”. All that’s needed is the Ethereum address (or the ENS name) of the recipient, as well as the amount of DAI to be sent each month.

After the Drip is created, funds are sent continuously from the sender’s DripsHub balance to the recipient, and can be collected by the recipient at the end of each month. Drips are gas-optimized so that once a Drip is created, the payments will continue to flow automatically, without any additional gas fees or transaction costs, no matter how much time passes. The receiver just pays a single transaction fee when they’re ready to collect.

Today, the Drips protocol allows users to make recurring payments in DAI, collectable monthly. But the Drips Team is already working on adding support for additional ERC-20 tokens and more flexible payment intervals without the need for wrapped tokens or 3rd parties.

NFT Memberships for Your Community 🎟

In addition to recurring payments, Drips allows creators and developers to raise financial support from fans by issuing NFT-based memberships with unique benefits, effectively attaching an NFT to a recurring stream of funds. In Drips, we call these crowdfunding spaces Communities.

To create a Community on Drips, the creator first sets a funding goal and specifies a minimum contribution which supporters must pay to become a member. The creator also decides whether memberships will be subscription-based, or based on a one-time payment.

Once the Community is created, fans can purchase NFT memberships whenever they wish by using the Drips app, which interacts directly with an ERC-721 Ethereum contract which is owned and controlled by the creator. In addition to serving as badges of support, the NFT memberships also act like pre-paid cards which Drip funds automatically to the creator each month, and must continue to be funded by supporters to remain active.

In exchange for support from their fans, creators can also offer unique benefits to the fans who have become members. Some examples of possible benefits include access to a private channel on the Community’s Discord server and participation in “soft” Community governance through polling on Snapshot. Many other kinds of benefits are also possible, and in principle, any kind of benefit that can be tied to NFT ownership can be offered by creators.

Finally, the creator of the Community can choose to “spread the love” by splitting their incoming drips, which automatically pass along a percentage of funds received along to others in the ecosystem.

Drips means redistribution and splitting funds with Drips is one of the simplest and most powerful features of the protocol. Anyone with an Ethereum address (not only Communities as seen above) can set up Splits and automatically redistribute a portion of the funds they receive to others.

A key aspect of Splits is that they can be set up at any time, regardless of whether a user has any funds coming in or not. Configuring your splits is a way to signal support for individuals and Communities in your ecosystem that you wish to support. And when you do eventually get paid, the ones you depend on will get paid too. We’ve put Splits front and center in the Drips application. Simply head to any user’s profile and click their “Drips Out” tab and you will be able to see who they are sharing funds with.

In addition, because Splits are redirected automatically by the protocol and never hit the Splitter’s account, you don’t have to worry about having custody of funds and the complexities that can sometimes come with that.

We believe that sharing funds through Splits has the potential to become a new cultural norm in crypto and a fundamental building block for solving difficult problems like the funding of public goods and promoting more redistributive crypto economics. Today, using Splits, users can easily donate to public goods like the Gitcoin Matching Pool Fund or the Giveth Platform and the Drips team is working hard to make contributions to public goods even simpler in the future.

Finally, for developers looking to raise funds for software development using Drips, the Drips Team is working on a number of powerful future features – like allowing FOSS projects to automatically split funds to other open source projects they depend on simply by scanning their dependencies. There’s an active conversation within the Radicle community around these and other future features of Drips so if you have input or feedback, please get involved here.

The Drips Protocol – Why We’re Excited

Here are a few things that have us super excited about Drips:

Protocols, Not Platforms – Using the Drips protocol for recurring funding doesn’t lock users into any one platform. Drips is 100% open source software built on open standards.

Application-Agnostic – Drips is built on public Ethereum contracts and ordinary ERC-721 NFT membership badges. Users can interact with these components using whichever wallets and tools they prefer. We’ve created a web-based front end that’s available as a default, but users can just as easily create their own front end to interact with Drips, or even call the smart contracts directly from code.

Trust-Minimized – Maintainers can set up projects on Drips without trusting companies, governments, or anyone else. Funds can never be embargoed and communications to supporters cannot be censored. Organizations like Wikileaks could raise funds using Drips if they wished.

New Ways to Engage Your Community – Today, Drips Communities enable creators to offer unique benefits to members, like access to private Discord channels and polling through Snapshot spaces. But because membership badges are NFTs, we expect that many new benefits will become possible in the future as NFT-based tools continue to evolve.

New Cultural Norms Around Giving - Most importantly, Drips was built with one idea in mind: “we need new cultural norms to support the people and projects we depend on”. Drips is a protocol and social network built with this idea at its center. Fans drip funds to their favorite creators, who further drip funds to the users and communities they depend on. Together they create a circular and redistributive funding ecosystem.

Head over to drips.network or follow @dripsnetwork and check out where teams like Solidity, Walletconnect, Gnosis-Safe, Gitcoin, R-group and more are dripping.

NOTE: The current version of Drips is a beta release and the smart contracts have not yet been audited for security. In the worst case, it could be possible for users to lose funds if bugs or vulnerabilities are discovered.